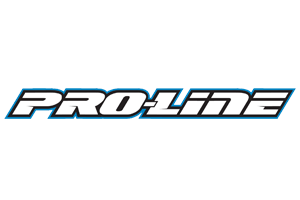 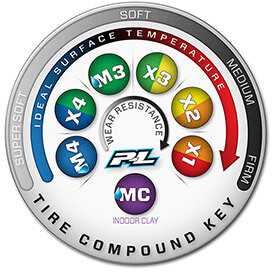 Please note that the Street Fighter HP tires have a maximum speed rating that, if exceeded, could result in permanently damaging the internal belt. For the Street Fighter HP 3.8" tires that is 95 mph or about 5,000 RPM. Over revving your Street Fighter HP tires could result in breaking the internal belt, which will NOT be covered under warranty. This can be caused by "diffing out" your tires or holding the throttle open while one, two or three of your tires are stopped, which substantially increases the RPM sent to the free spinning tire or tires.

The new Belted Street Fighter HP 3.8" tires come Pre-Mounted on the next generation 3.8" wheel design from Pro-Line, the Raid 3.8" Removable Hex Wheel! Imagine being able to replace a damaged wheel hex without needing to replace your glued tires! These new Raid 3.8" wheels make this possible by using a unique 8x32 interlocking hex design that is secured to the wheel by 8 M3 screws that are spaced 32mm across. The hexes are included and are also available separately (PL6345-00). The built-in adjustability and ease ofuse make this a new must-have wheel for bashers everywhere! Be the first to own the latest and greatest technology from Pro-Line, get the new Street Fighter HP 3.8" Belted tires now!

Please note: All tires & wheels are sold in pairs, unless otherwise noted.

There are NO reviews of the PROLINE STREET FIGHTER 3.8" BELTED TIRES MOUNTED ON RAID BLACK WHEELS 8x32 HEX 17MM yet!
Be the first to write a review