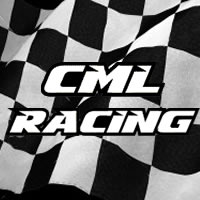 The meeting, formally known as the Vega Cup, is organized by Maritime Racing and is held at the Black Lion Leisure complex in Gillingham. Chris and John had competed most of the Carpet Wars rounds leading up to the two day meeting and admitted to be struggling a little to find a good set on the large carpet track. For the two day meeting Chris had fine tuned the Yokomo BD and found a much more balanced set up. As qualifying got underway Chris was right on the pace with John also holding a top ten place during qualifying. After five rounds of qualifying Chris was an excellent 2nd and looking to mount a challenge to pole position man Andy Moore over the three legged finals. In the first final Chris finished third and repeated that performance in race two setting up a gripping last leg of the final, Andy had taken two wins but Chris was still on for a strong second place. Final three saw a train of cars behind Andy Moore as everyone circulated in grid order, the racing was close and then got a little to close for Chris as he tapped the back of Andy, the race director had no option but to give Chris a stop and go penalty, by the time Chris was back on track he was down the order and his result left him third over the three legs. Overall Chris was pleased with the performance of his car and the set up changes he made on the day, Chris used checkpoint 7 turn motor. John Pape made it two Grainger Edition BD's in the Modified A final qualifying 9th and finishing 8th. The meeting, formally known as the Vega Cup, is organized by Maritime Racing and is held at the Black Lion Leisure complex in Gillingham.