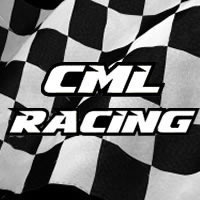 This year sees the series sponsored by CML Distribution and Sweep, with the touring car classes all using the all new Sweep 28R3 Carpet tyre, which is also the control tyre for the Essex Winter Series. The newly revised format saw a massive entry with 14 heats. All in all, the changes were well received.  This was the last time this event would be held at the Christie Miller Sports Centre before moving to the new venue of the Olympiad Leisure Centre in Chippenham.

Olly got off to a flying start winning the first final followed up by Chris Grainger and Harley Eldridge.

In the second final Olly got off well again, Harley made a great move on Chris moving to 2nd and was pushing really hard, unfortunately a mechanical failure meant she had to pull off leaving Chris to regain second and Ben Cosgrove to finish in 3rd.

13.5 Stock saw the return of Zak Finlay to defend his title. Zak got off to a great start and FTD’d to take pole position albeit he had his work cut out from Jonny Bowden pushing him hard. The first final went Zak’s way with a win, Jonny was 2nd with his team mate Merv Wignall in 3rd. Onto the second final, once again Zak got off really well and was quite far ahead when he clipped the barrier which unfortunately ended his race leaving Jonny to take the win followed by Merv and Shaun Ogden in 3rd.

Final 2 once again saw the same three finish in the same order.

Last but not least, the return of the Mini class. This class has been really well received. We decided to bring the class back due to a massive resurgence at a lot of clubs. It proved to be a great move with 3 heats booking in.

We saw veteran Andy Travis back racing a class we know he loves and proved this by FTD’ing. His car was on another level compared to the rest of the field and it would’ve taken something for him to be beat.

All in all, it was a fabulous meeting with a great atmosphere.

The next round will be held at our new venue The Olympiad Leisure Centre on 27th January 2019.